I must say selling miniatures is a tough gig, with pros and cons. Most recently, it's been a weird one:

All in all, it probably evens out over time. Anyway, while sculpting for production demands zero tolerance for blemish, terrain making is far far more forgiving...

This is either the gateway or the porch to Hades. Early stages and effectively just an undercoat with some colour blocking, washes and minor drybrushing in places. Maybe about 30% of what I determine the painting requirement to be.

The black is going to be water, one of the many rivers of the underworld. The shorelines of which are teeming with lost souls and makeshift tent towns - poor souls awaiting the arrival of their loved ones from the land of the living.

It's hard to make out at the moment but there's a logic to the stonework leading up from the harbour. I intend to give the borders of the trails a bit of colour, perhaps purple or green corpse glow. The pathway tells a bit of a story on the judgement of the soul with some pivot points where a threshold guardian may stand in audience with the recently departed, deciding their fate and ushering them in  certain direction.

This is the first of many boards I'm making, effectively taking the dungeon crawler tile laying concept and scaling it up!

This will be the largest and perhaps central tile (21"/32"). Once I've finishing this one I'll do several smaller sections like an extended shoreline, corridors/chambers, and maybe some elevated platforms.

I've also got some very cool DIY pillars that will be modular, and can be placed anywhere. Speaking of which - the two facades in the first and last picture will act as either scenario focal points or objectives.

I'm slightly bored with the eternal flat terrain board and scatter terrain... I want to do some vertical terrain on a cliff face, or a catacombs of the dead multi level metropolis. Approaching the terrain as a stage or a film set switches your creative thought process, and you think about dramatic angles, backgrounds and lines of sight that frame your miniatures for a heroic composition. 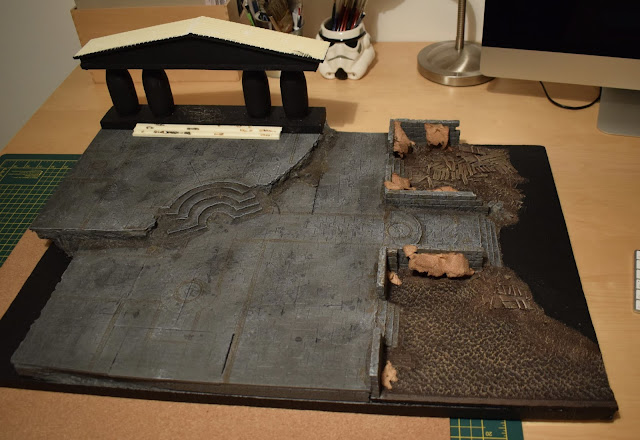 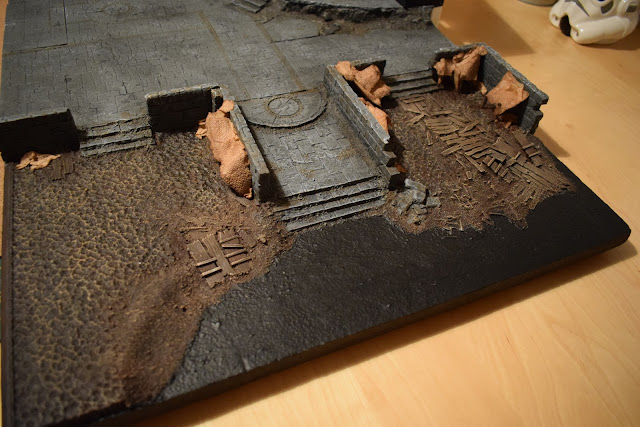 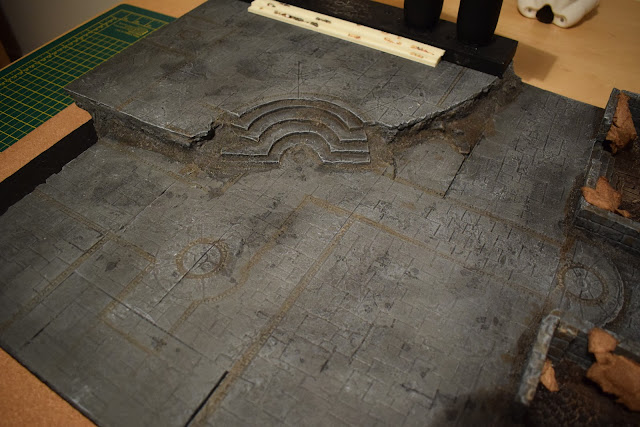 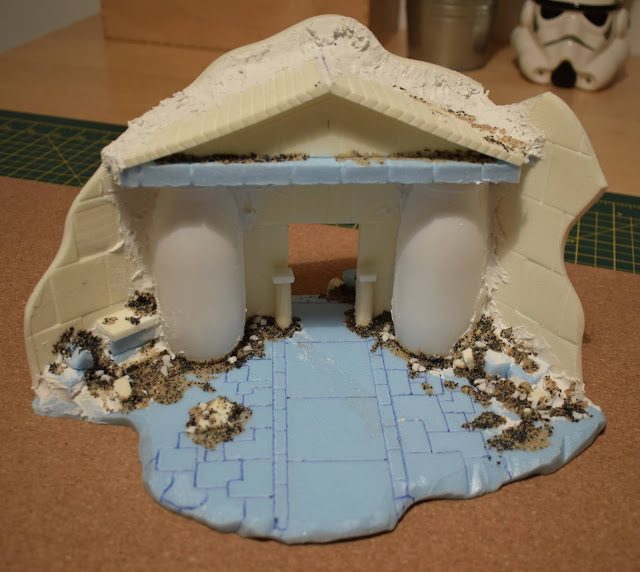